Album notes
Liner Note Authors: John Blair ; Ron Thums.
Recording information: 1962-1964.
Like its predecessor in the Lost Legends of Surf Guitar series, this serves up an assortment of instrumental surf rarities from the early '60s, all of the 20 tracks on this compilation recorded between 1962 and 1964. It's a little less impressive than the first volume, not for reasons that are too obvious, but just due to a general lower level of energy, imagination, and devastating riffs. For surf enthusiasts, however, it's not bad at all, and there are a good deal of names here that made their mark on rock history, even if the Trashmen and the Surfaris are the only ones who had surf music hits. David Marks & the Marksmen, for instance, led by just-ex-Beach Boy Marks, are represented by a couple of previously unissued 1963 recordings; Scott Engel, who did the 1963 single "Devil Surfer," would later become Scott Walker, as part of the Walker Brothers and then a solo star; Michael Lloyd was in the New Dimensions; Terry Melcher produced the Catalinas' "Banzai Washout"; and Jerry Cole was a prolific Los Angeles session man. There are also a couple of previously unreleased 1963 Surfaris cuts, though these are unremarkable covers of Link Wray's "Jack the Ripper" and Duane Eddy's "Yep." As is the custom on these anthologies, some tracks make bigger ripples than others, with some really tough and fast playing on Cole's "Point Panic" and Gene "The Draggin' King" Moles' "Burning Rubber." In contrast, Jan Davis' "Boss Machine" effectively slows the pace down to a cooler, moodier vibe, and Engel/Walker's "Devil Surfer"'s strings and wordless corny pop backup vocals are odd rejoinders to the manic laughs (of the devil, one supposes) that supply the tune's main gimmick. ~ Richie Unterberger
Posted by KC Music at 11:06 PM No comments:

Album notes
Free from his Warner Brothers Records contract, Frank Zappa was able to issue new albums as frequently as he liked, which would turn out to be very frequently. Six months after the release of the two-record set Sheik Yerbouti, he was ready with the first LP in a three-record set, a cautionary concept piece about the adventures of a musician named Joe. In Act I, Zappa continued his fascination with road stories, ethnic stereotypes ("Catholic Girls"), and bathroom activities ("Why Does It Hurt When I Pee?"). But although his concern with government censorship would see a later flowering in his battles with the Parents Music Resource Center (PMRC), here he wasn't able to use it to fulfill a satisfying dramatic function. [The complete Joe's Garage was released as a double CD on Rykodisc on June 17, 1987.] ~ William Ruhlmann
Posted by KC Music at 10:14 PM No comments:

Samhain (play /ˈsɑːwɪn/, /ˈsaʊ.ɪn/, or /ˈsaʊn/)[1] is a Gaelic festival held on October 31–November 1. The Irish name Samhain is derived from Old Irish and means roughly "summer's end".[2] A harvest festival with ancient roots in Celtic polytheism, it was linked to festivals held around the same time in other Celtic cultures, and continued to be celebrated in late medieval times. Due to its date it became associated with the Christian festival All Saints' Day, and greatly influenced modern celebration of Halloween.
Posted by KC Music at 5:34 PM No comments:

Email ThisBlogThis!Share to TwitterShare to FacebookShare to Pinterest
Labels: holiday

Email ThisBlogThis!Share to TwitterShare to FacebookShare to Pinterest
Labels: holiday

This bell was leased from "Ma" Bell Telephone Company from
1928-1990. It had been used for many years
in a garage attached to a coin operated
phone that required 5 cents ( a nickel) in order to make a call.

Warning: these bells ring very loud.
They could be hooked up to your phone and used in various places
such as a large building, an outdoor area, a barn or garage at a farm,
in the country or similar locations--
anywhere you might need to have a very loud ringer.

Email ThisBlogThis!Share to TwitterShare to FacebookShare to Pinterest
Labels: ebay

The Record Ranch
Posted by KC Music at 2:01 PM No comments:

Woodgrain AllMusic
Posted by KC Music at 12:55 PM No comments: 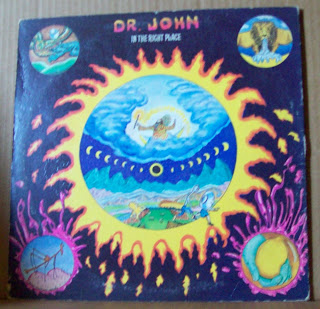 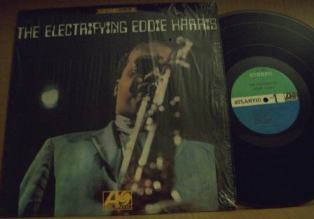 The Ink Spots played a large role in pioneering the black vocal group-harmony genre, helping to pave the way for the doo wop explosion of the '50s. The quavering high tenor of Bill Kenny presaged hundreds of street-corner leads to come, and the sweet harmonies of Charlie Fuqua, Deek Watson, and bass Hoppy Jones (who died in 1944) backed him flawlessly.

Kenny's impeccable diction and Jones's deep drawl were both prominent on the Ink Spots' first smash on Decca in 1939, the sentimental "If I Didn't Care." From then through 1951, the group was seldom absent from the pop charts, topping the lists with "We Three (My Echo, My Shadow, and Me)" (1940), "I'm Making …Read More 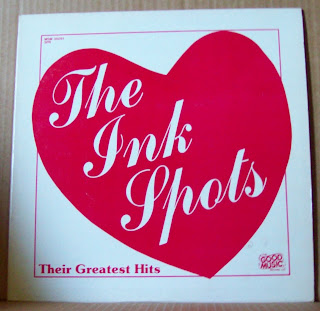 This is vinyl record 12" in diameter that plays at 33 1/3 speed on a turntable/record player. 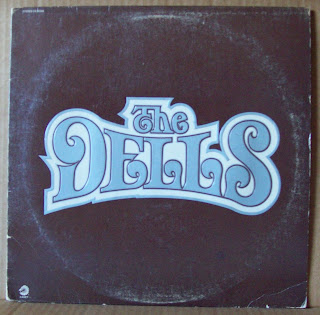 With Dick Williams
Featuring Link Wray and The Wraymen 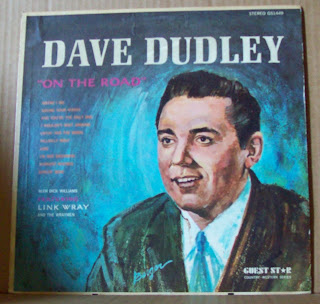 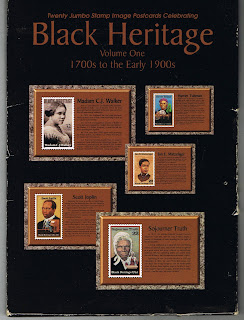 Condition: Postcards VG+
Folding envelope that holds them has 2 tears at flap

collectibles/postcards/cultures & ethnicities/black americana
Posted by KC Music at 12:59 AM No comments:

Email ThisBlogThis!Share to TwitterShare to FacebookShare to Pinterest
Labels: ebay

Acclaimed DJ/producer/performer DJ Jazzy Jeff (pictured) was kicked off stage less than 30 minutes into his Saturday night performance at the Power & Light District in Kansas City due to a dispute over his music.
Jeff said Power & Light management cut his set short because he was playing hip-hop, according to this piece by Jenee Osterheldt of the Kansas City Star.
In the article, Power & Light officials said they pulled the plug on Jeff's set because the volume level threatened to blow out their speakers and Jeff's people refused to turn it down.
Power & Light is owned by the Cordish Company, which also owns Power Plant Live. In the past year or so, Power & Light has caused quite a stir among Kansas City's African-American community, who accuse the entertainment zone of having racist policies.
True or not, this little scandal is only going to make that perception worse ...
This one quote in Osterheldt's piece really made me cringe:
"My road manager walked up to me and said they were having problems with the music I was playing," Jazzy Jeff told me. "I played three more songs and he comes back. I knew something was wrong. They said I had to kick [MC] Skillz off the stage, change the format of the music I was playing or quit. They said if I continued playing they had 30 cops ready to come escort me offstage. So I stopped."
That's insane!
Together, Jeff and Will Smith won the first Grammy award for hip-hop. I can't believe Power & Light officials would book him there and then kick him off stage for playing hip-hop. But I don't buy the volume excuse either. I seriously doubt that Jeff was playing too loud.
Towards the end of Osterheldt's piece, she writers that venue officials (who aren't named) say Jeff's set attracted "the wrong element."
The wrong element, eh?
Hmm.
(Photo by Joe Corrigan/Getty Images)
Posted by Sam Sessa at 10:34 AM | Permalink | Comments (24)
Categories: Bars & Clubs

ShareThis
Posted: 08/04/2010
KANSAS CITY, Missouri - The dress code at the Kansas City Power & Light District is once again under the spotlight, as four black men have filed a class action lawsuit claiming they were discriminated against when a security guard denied them entrance into a district bar.
The Kansas City Star reports three of the men went to the downtown entertainment district in August 2009 and were allowed into the KCLive Block, the common area in the middle of several bars and restaurants, but were not allowed to enter Makers Mark .
The suit says a security agent said one man’s shirt was too long and two others were wearing baggy clothes. A fourth man says he went to the district in September 2008 and was also denied access.
In both incidents, the men say they saw similarly-dressed white men that were allowed inside.
The suit, filed by Williamson Law Firm, LLC, names the Cordish Company – the owner of the district, an affiliated company and Maker's Mark. They are seeking at least $20 million in damages.

"Williamson believes that the dress code adopted by the Cordish Company and its affiliates has been primarily enforced against minorities with the underlying intent of maintaining a mostly Caucasian patronage," the firm said in a statement posted on the Star's website .
The statement also says the suit alleges physical assault against the plaintiffs at the hands of security personnel employed by the Cordish Company.
Nearly since it opened in 2007, the district's dress code and its enforcement has been scrutinized. Last year, the Kansas City Council passed an ordinance regulating dress codes and what they could and could not enforce.
Even so, the lawsuit is not the first formal complaint against the district.

Last November, seven black family members filed a Charge of Discrimination complaint with the Missouri Commission on Human Rights against the district, saying they were not allowed to enter Mosaic Lounge because of how they were dressed.
A report issued later that month said the district’s dress code was not uniformly enforced.
In May, Kansas City human relations officials said Cordish had quietly relaxed portions of the dress code and had taken steps to address claims of unfair treatment.
Nick Benjamin, Executive Director of the Kansas City Power & Light District, issued this written response on Wednesday:
“The Cordish Companies are not a proper party to this litigation. The Power & Light District welcomes millions of guests of every nationality, race and ethnicity every year and looks forward to continuing to welcome visitors to Kansas City’s vibrant downtown. The dress codes in the district are recommended as best practices by city agencies and legally permitted. The allegations contained in the lawsuit are baseless, and we are confident that the court will agree.”
Posted by KC Music at 12:09 AM No comments:

Email ThisBlogThis!Share to TwitterShare to FacebookShare to Pinterest
Labels: power and light district

Woodgrain Reflection of Self

If Amazon doesn't have it, MusicStack will